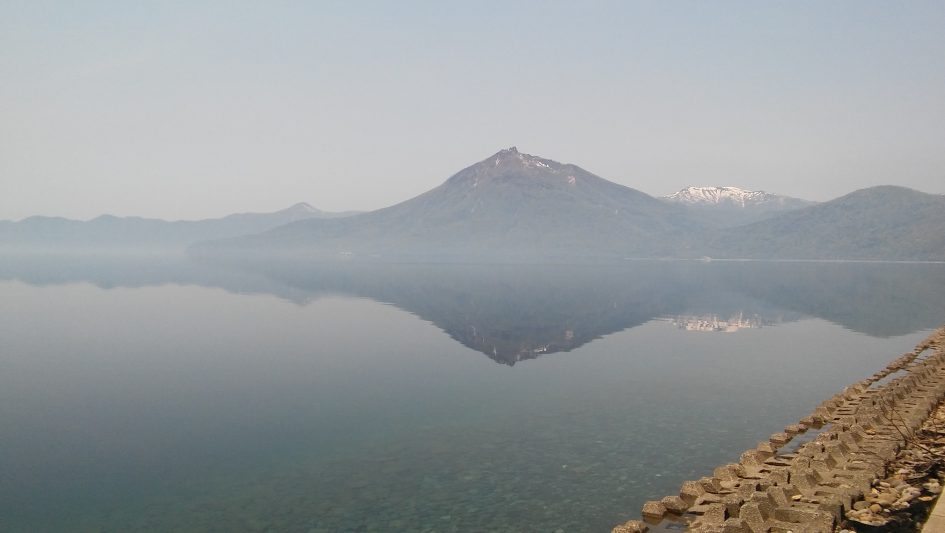 Mid May. Thomas Zeugmann, from Hokkaido University in Sapporo, invited me for a week. The invitation involved a week work, some meetings, a talk, but also a bit of time to visit Hokkaido.

Hokkaido is the island of the North. Any further north and you are in Russia. The island is huge and we were therefore obliged to make a choice. So we rented a car and circled around the « middle bit » for the week end. To the Pacific coast and Noboribetsu, known for the volcanic activity there, then on to lake Toya where we spent a night, and from there back to Sapporo. 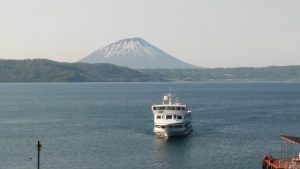 Lake Toya and in the back Ezo Fuji

Toyako is the town which is on lake Toya. Lake Toya is a spectacular volcanic lake. It was famous a few years ago for hosting a G-8 summit. In several occasions Toyako has had to be evacuated, due to the volcanic activity. Just behind Toyako you find Mount Uzu, whose different eruptions are to be taken with care. Next to Usu-san is Shōwa-shinzan. This mountain did not exist 100 years ago. It emerged from nothing in the last few months of world war 2, and « grew » over the period of a few months. 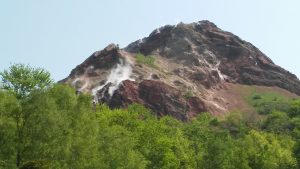 Usu-san can be explored: we climbed up with a ropeway, then trekked for a few hours. Very impressive.
From Toyako you get a great view of the lake, and, behind the lake, Mount Yōtei, whose shape reminds you of that of Mount Fuji. So much so that it is also calle Ezo Fuji, Ezo being the old name of Hokkaido.

Sapporo itself is a large city. We were encouraged to visit the fish market. But the visited consisted in getting up very early and seeing the activity from a balcony very far away. The city hosts many museums. The one we did visit was the Historical Village of Hokkaido. They recreated towns and villages of the 19th (and early 20th) century, when they decided to « inhabit » Hokkaido. 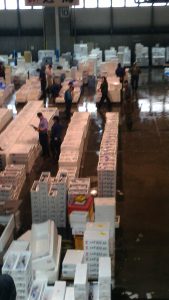 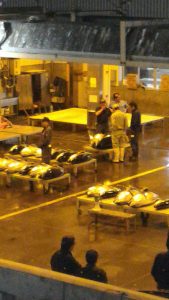 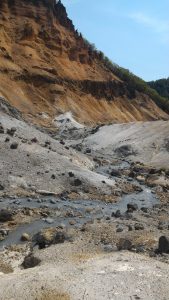 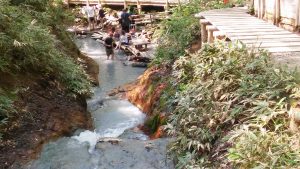 The river, with hot water 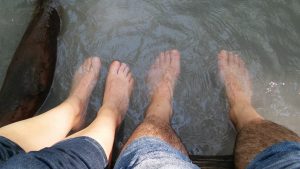 Feet in the (hot) river 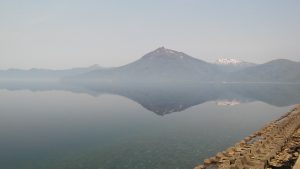 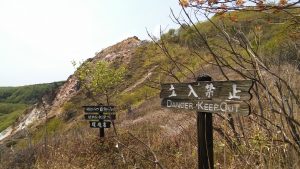 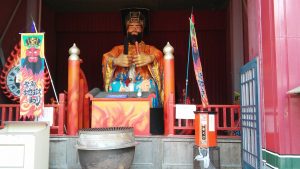 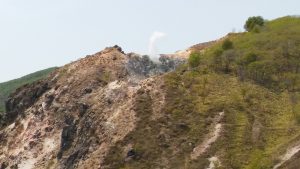 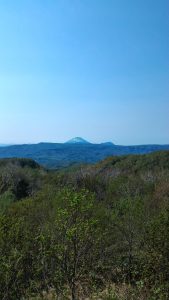 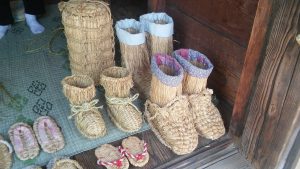