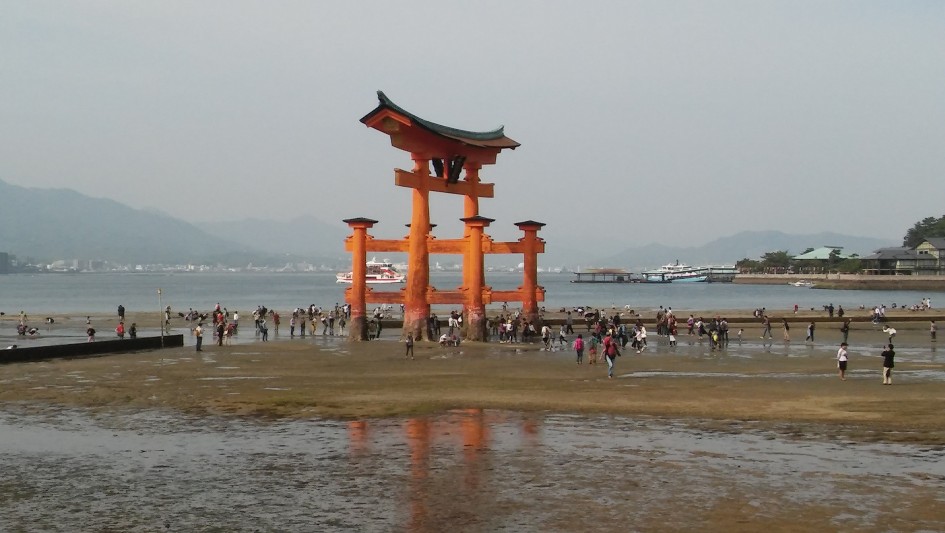 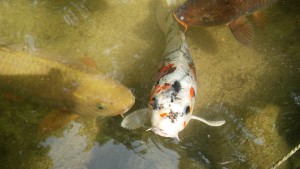 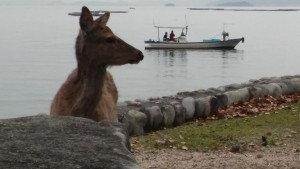 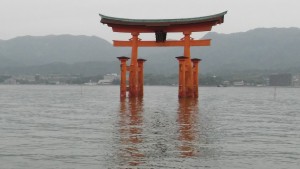 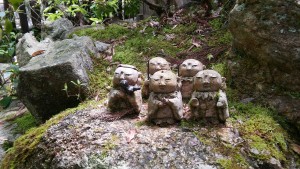 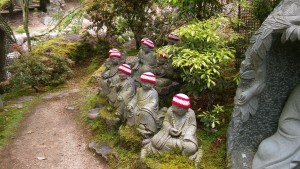 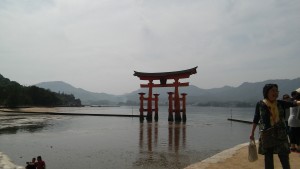 The Torii. Not quite low tide 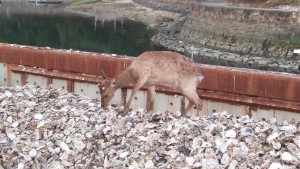 Looking for food in the remains of the oyster bin 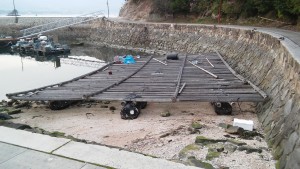 The Miyashima version of the Batea from the rias 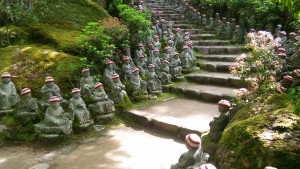 Statues of monks in Daisho-ji

So… Miyajima comes out as number 2 for Japan on Trip Advisor? So… Everyone who comes to visit us is saying that they have been told to go to Miyajima? So… 400 years ago, in what was surely the first Lonely Planet in History, a monk declared that Miyajima was one of the 3 most beautiful sites in Japan? So… we had seen one of the other 2 and had not been impressed?

All this seems to amount to making some other decision than the one which brought us from Hiroshima to Miyajima-guchi, cross with the ferry, and spend one night and two days on the island of Miyajima.

As often, you see that each country has its own tourism textbook, and that some nation seems to be more present than others. In Miyajima, the French seem all to have read the “guide du routard” which has made out that Miyajima was some kind of paradise.

Another possibility is that the French had holidays whereas no one else has.

From the ferry landing you continue on to some temples, many shops and places from which you can admire the Torii of Miyajima. But you get out of this centre part (which is quite full of people) to reach small beaches, fishing ports and mountain tracks which all end up in the same place, the summit of Mount Misen.

A guy from our hotel picked us from the ferry and brought us to the start of an alternative route which seemed to be on the map, but only in part. He did warn us that things were not well indicated and the path was not great. He even mentioned the word “escalating” before reluctantly dropping us off.

Half an hour later we were walking through a very nice track and didn’t see anyone for the next couple of hours. Hard climbing, but great. Until we reached the “ropeway”, the second funicular that normal people take to reach the « real » starting place to the Mount Misen hike.

Mount Misen is important because Kukai had been there at some point, lit a fire, and the fire is still kept going. Kukai (aka Kobo Daishi) is the monk who brought Buddhism to Japan 1200 years ago.

We were then allowed to climb into this funicular, get off again and finish the climb. En route, temples and shrines.

Then down by a « civilized » path consisting exclusively of steps (many) until getting to Daisho-in temple, an extravagant Shingon temple with all the possible images and rituals concentrated in just one place.

In the evening, the ferries had brought back to the mainland a large part of the visitors and we were allowed to enjoy the quiet, the crows and eagles fighting with the deer to get hold of the remnants of the days fishing.