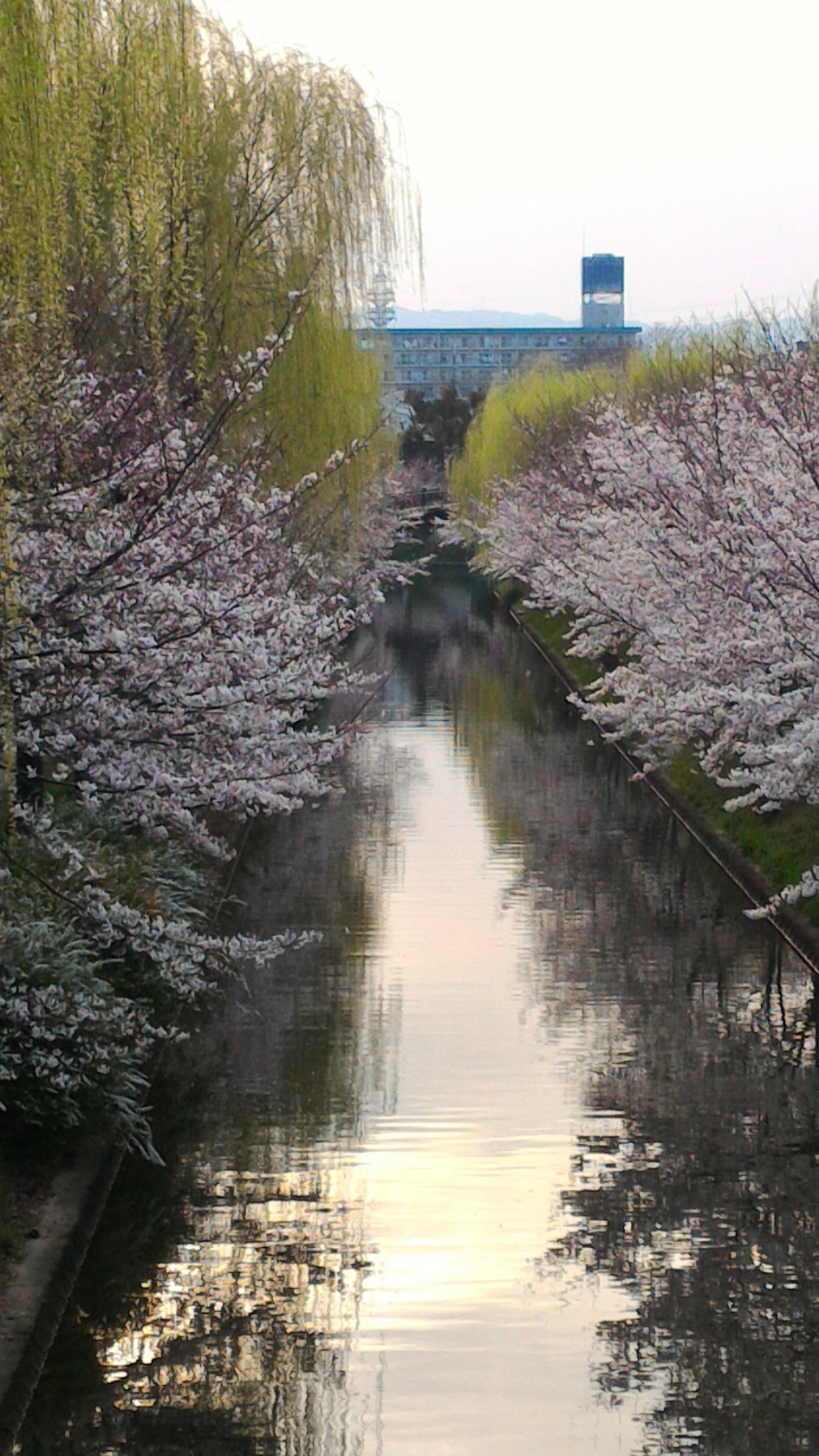 We had been waiting for this during weeks. In every temple in Japan you are inevitably told to come for cherry blossom, or Sakura as it is called. What, Hyoruji is beautiful? Yes, but you should see it in Sakura! Hasadera is of course much nicer in Sakura… And as for Toji, its old cherry tree is nearly as famous as its pagoda! and so on. 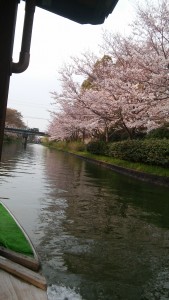 For a month, the adverts have been warning us, the dates of the exact blooming of each town in Japan have been predicted; people have been organising themselves.
In the past week maps showing when to visit which temple have flourished; in the train stations (like Tambabashi, see picture) the state of the trees is updated each day.
We got caught by the rigmarole and started getting excited too: we even travelled all the way to Yoshino mountain last week-end where the trees are supposed to cover the entire mountain. But arrived to early… 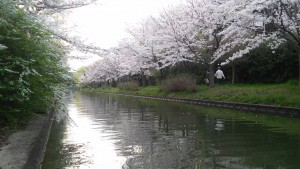 But now it is here. Cherry trees are everywhere in Kyoto and you rapidly learn to notice that they are not in full bloom yet because the tops are still budding. You go and have a Hanami with your colleagues. This activity would be translated as « having a picnic while looking at the cherry blossom ». The mere fact that there is a single word describing the concept shows how important it is.

We held our own Hanami on campus. An occasion to get out some Spanish wine (Albariño, and vinos de toro), Zamora cheese and Salamanca ham. 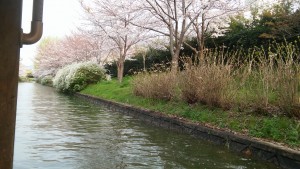 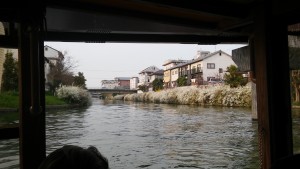 River going up to Fushimi 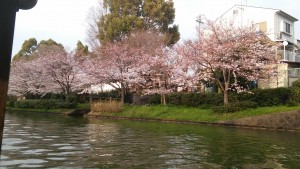 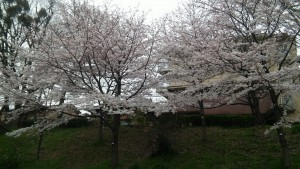 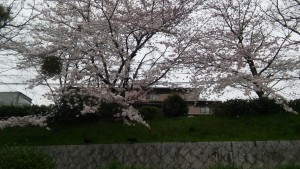 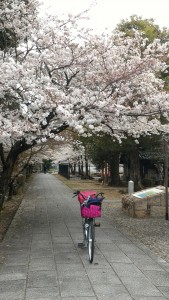 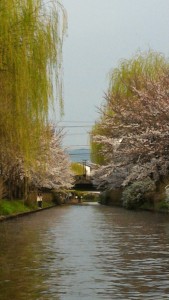 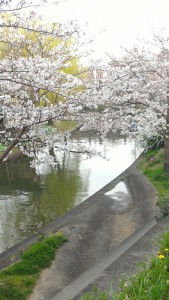 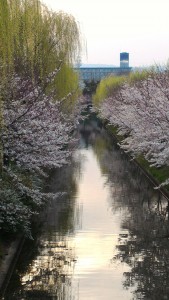 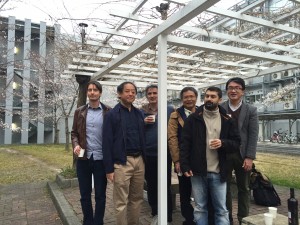 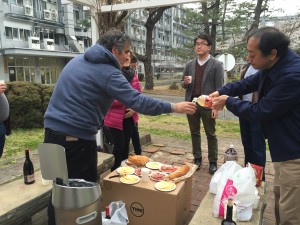 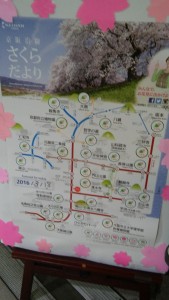 Map of the day at Tambabashi station 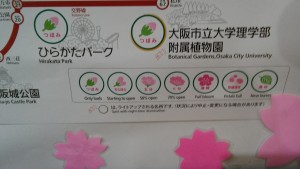 Caption allowing to understand the map 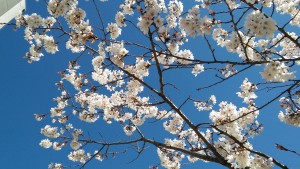