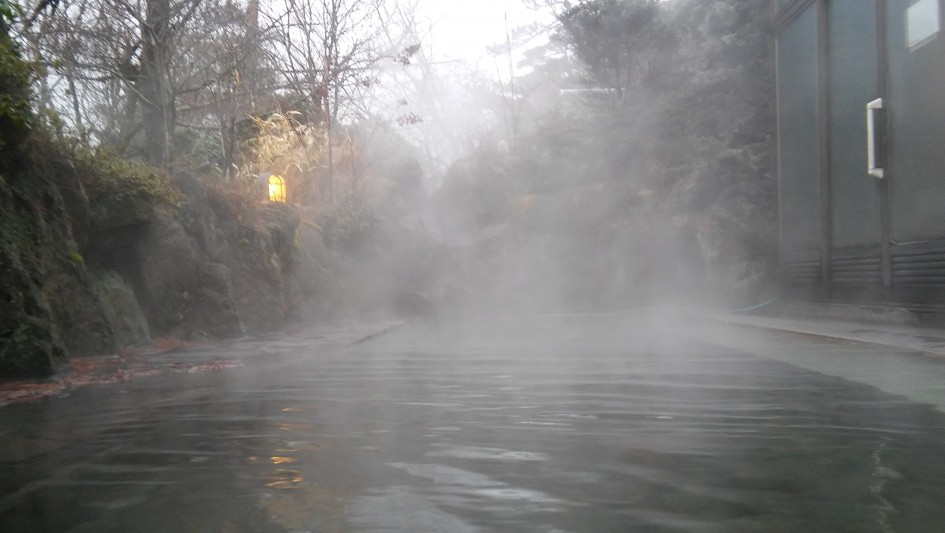 Excuse me. Are you Colin de la Higuera?

Of course, when approached like that in a strange place you would like to go for Zaphod Beeblebrox’ lines from The restaurant at the end of the universe:

But you don’t react like that because you are naked in the middle of a common bath and your opposite is just like you. 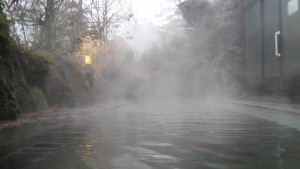 Onsen, next to mount Aso

You are in an Onsen.

Onsen aren’t just public baths, they are more like spas: the water comes from the insides of the earth, your nose is prickling, the smell of sulphur is so strong. You have read somewhere that Onsen were good for something. You don’t remember quite well, but you are enjoying sitting in this large communal bath, in very hot water. And outside.

One special place for Onsen is the Island of Kyushu, which you get to by Shinkansen from Kyoto. 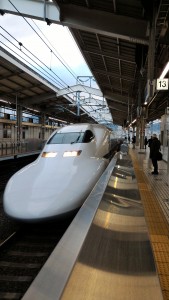 We were in Kyushu because I was kindly invited by Einoshin Suzuki to give a talk at Kyushu University. And since the talk was very conveniently placed on a Friday, here we are on a Saturday driving around Kyushu.

To drive around Kyushu you need first to check the very efficient weather and earthquake prediction website. In fact you are really looking at the volcano map to see where you can go and where you can’t.

Mount Aso, our destination, is extinct, yet « yellow » on the map.

Sadly, we had clouds all day, so we were not able to see that much.

But it did give us our first chance of renting a Japanese car (and we didn’t cheat, we got the 660cc model which is used by most families), and driving in Japan.

Mount Aso, or rather, a view of the largest crater in the world, from the top, but on a cloudy day

I had come to Kyushu to give a talk (and gave it) but ended up in the Onsen reflecting on the similarities between giving a talk and going to the Onsen. In both cases you are confronting your reality with your beliefs. In one case it is reassuring to see other researcher’s talks because you understand that your own stuff isn’t that bad. In an Onsen too, you get to realize that other people have (also) slight imperfections.

So I was getting convinced, little by little, that this was a great thing to try. 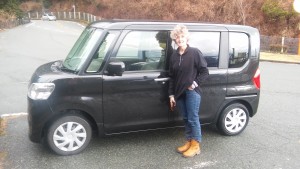 The car we rented. A typical (if not traditional) 660cc. 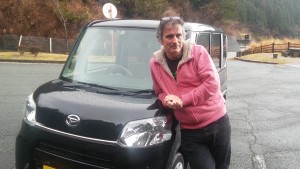 The car. Fun climbing the mountains!

Anyhow, these questions were left unanswered as I was sitting up, moving shyly the small white towel you were given for just that purpose and starting to worry about what the exact Japanese protocol should go in such a situation.

Moreover, who would this person be? Certainly not a student… Perhaps a fellow professor? I can’t just tell him: « oh, I didn’t recognize you without your tie »! 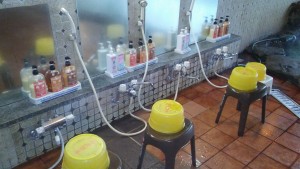 The first place you reach in an onsen 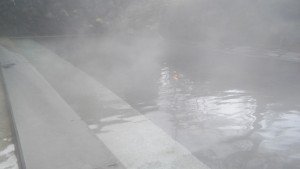 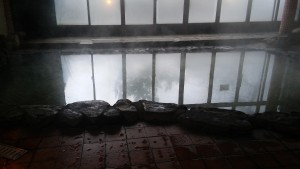 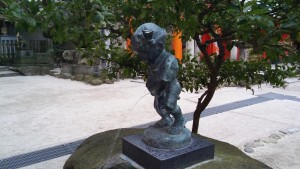 No, we are not in Brussels 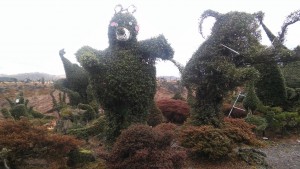 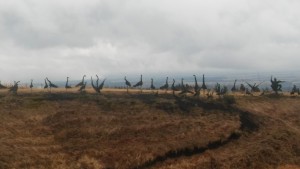