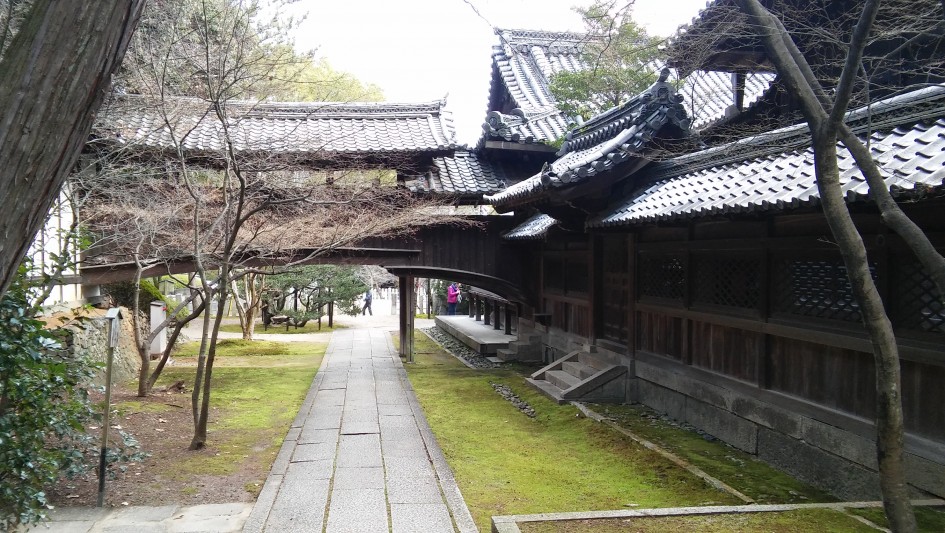 South-west of Kyoto is the old capital of Japan. This sounds like a recurring theme… But yes, emperor Kanmu ruled from here between 784 and 794. 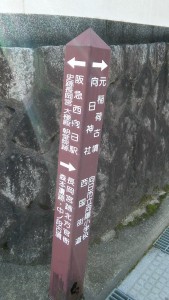 Of great help when you are lost

Getting to Muko was easy-ish. We biked there. We had to cross rivers  Kamo, Hozu, and Katsura. Muko is not on the tourist tracks so we spent the entire day with nothing written in Romanji. Only Kanji and Hiragana!

Our first destination was Rakusai forest. This is a bamboo forest. The forest contains a lovely (bamboo) park where you see a variety of bamboos. A group was taking shots for what appeared to be some manga inspired pictures.

We then made our way to Nagaokakyu Daigokuden Shoanden ruins, where the old palace had once commanded to the destinies of Japan. To be fair, there is nothing to see, unless you had downloaded the AR Nagaokakyu experience app. And (since we had) suddenly we were the tourists of the future. The smartphone was able to show me exactly what the palace looked like (virtual reality): by just moving my screen left and right, up and down, I would see the palace stairs where behind the phone there was only a bush. More impressively, the augmented reality option allowed to « mix » the real park of today with the palace as it was more than 1200 years ago. And you could take pictures of what you « saw »… I spent a lot of time trying to catch Lindsey between the columns… The result is not convincing? Well, time will tell (and if you search the web you can see better examples). 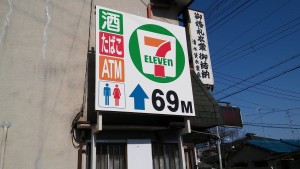 Our next stop was Muko shrine. Little did we suspect that we would find a gem. The shrine also dates from long ago (718 AD to be precise). And it was very quiet and beautiful.

On our way back, we stopped at what looked like a large store. In it, dozens of machines of all types: machines to gamble, machines to play the drums, to play football, to fight some godzilla type of monster. All the ages were mixed. We had mixed feelings: clearly some fantastic machines, but it was scary to see how early on they were in a world of screens. 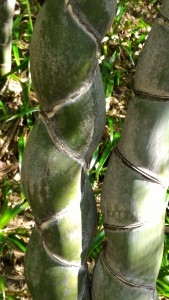 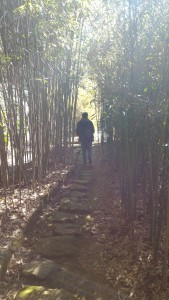 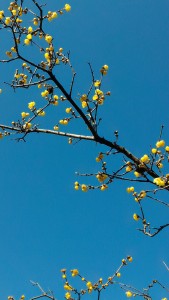 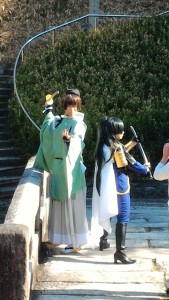 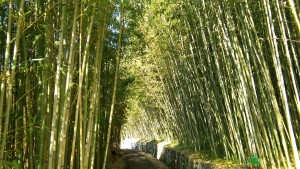 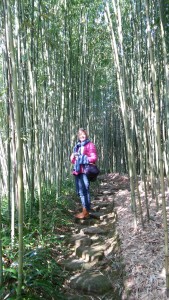 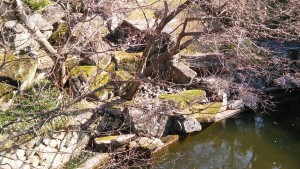 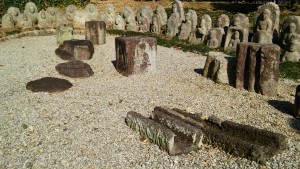 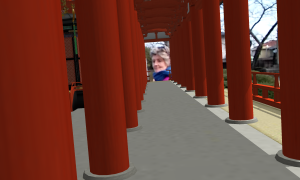 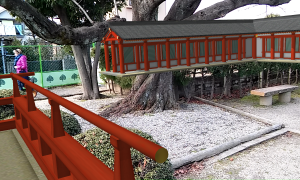 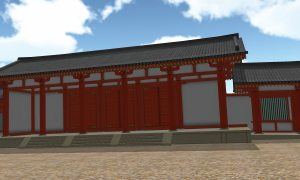 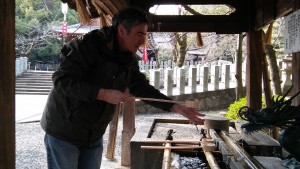 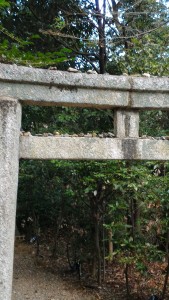 Stones on a torii at Muko shrine 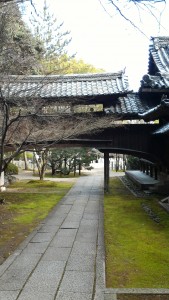 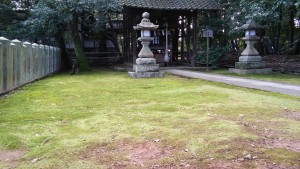 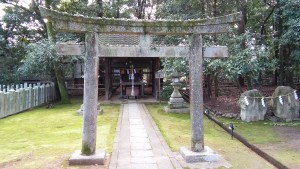 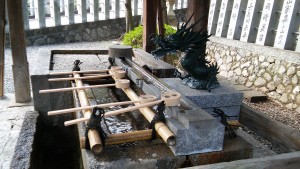 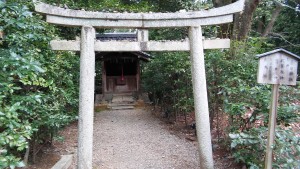 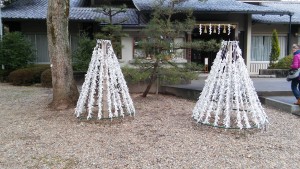 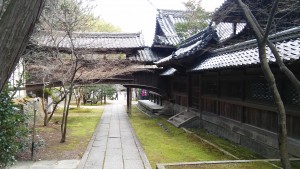 A world of screens and machines 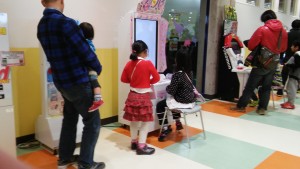 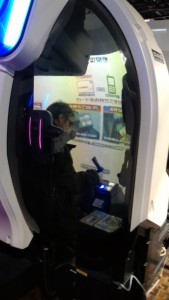 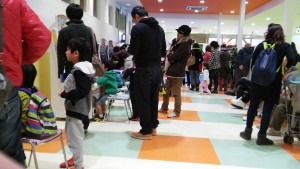 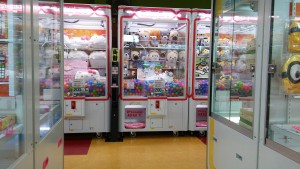 All this, with noise 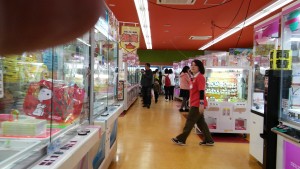 How to spend an otherwise boring Sunday afternoon