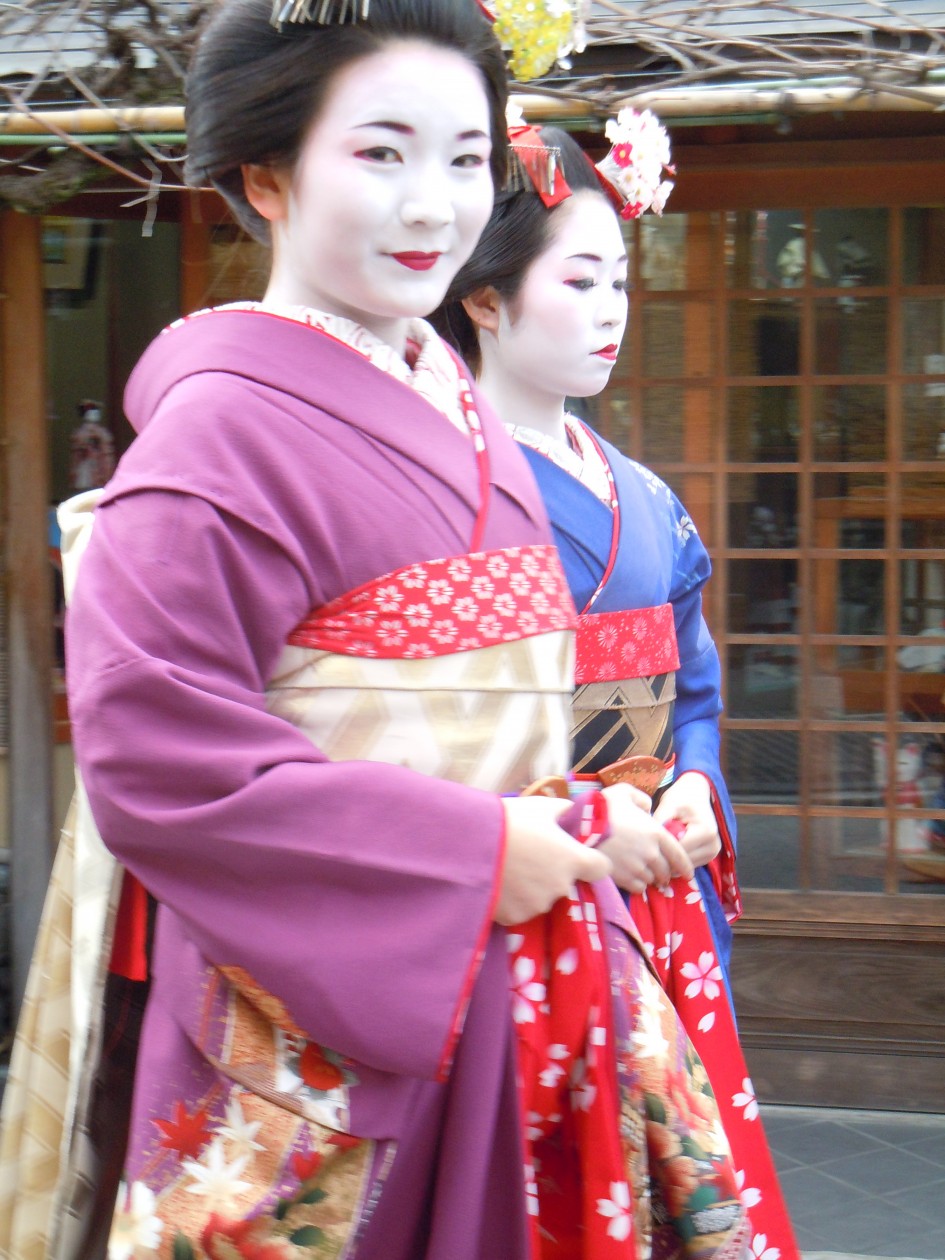 On the 12th of January was celebrated the  coming of age day. This corresponds to reaching the age of 20, age at which one is allowed to vote and is supposed to be an adult.

For the young girls, specially, this day, they get dressed in their best kimono (or in one which they rent) and go around temples where people will take photographs of them. Sometimes the boys will also dress, but their uniform is much less impressive. It seems that later, they change into « normal clothes » and go to the other parts of Gion and get drunk.

So in Gion, and specially around Yasaka shrine, we saw plenty of these young girls. 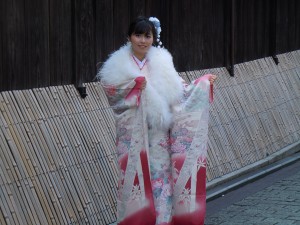 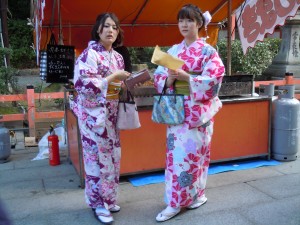 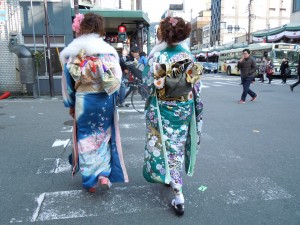 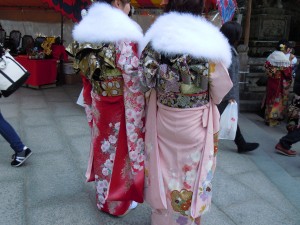 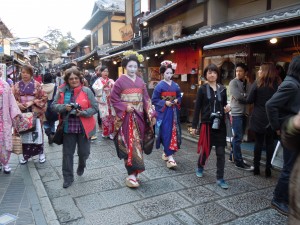 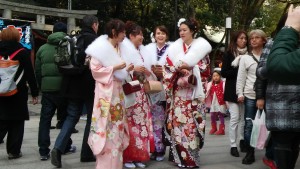 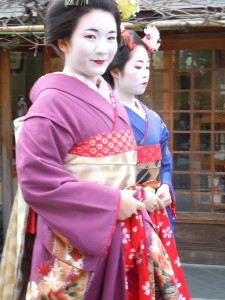 Gion contains an impressive list of temples and shrines. We visited last Sunday Kodai-Ji. And it was a very nice surprise. The dry garden is very nice: no stones, just sand. The different buildings or on a hill, with, right at the top, two 17th century tea houses: very nice. The shrine was built by Nene, a 16th century widow, to honour her husband. But it seems that what she achieved was quite remarkable and she is today remembered and worshipped. 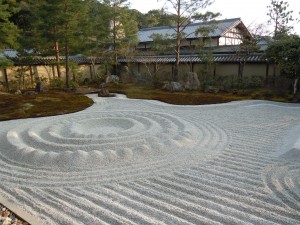 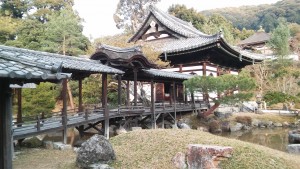 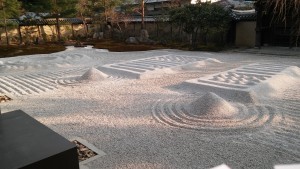